Brooks graduated in 2012 from Randolph-Macon College in Ashland, VA. He was a punter and place kicker from Smithfield High School and has played football for 6 years. In 2005 he was selected as an All-District punter and Daily Press all-star for his work with the Smithfield Packers, while having a perfect season on field goal and extra point attempts. In 2006, he was selected as an All-District punter again, as well as the Associated Press’s All-State punter, leading Virginia with his 45.6 yards per punt average with a longest of 79 yards. Following his senior year Brooks traveled across the country working out for various D-I and D-II special teams coaches before deciding on D-III Randolph-Macon, where he played varsity football for two years. He currently lives in Richmond, VA.  Brooks has been with AKI since 2008, where he has been a specialist in coaching punting techniques.

T.C. is the current placekicker for the Washington Valor of the Arena Football League.  He spent part of the 2016 season with the AFL’s New Orleans VooDoo.  He had a four year tenure with the PIFL Richmond Raiders, where he lead the Raiders in scoring the 2014 season as well as setting PIFL league records. T.C. earned all-league honors after the 2012 and 2013 seasons. He previously played for the Rio Grande Valley Dorados of afl2 in 2008. A 2009 graduate of Hampden-Sydney College, T.C. was a four-year starter, being named all-ODAC punter and kicker in 2006-08. He connected on 77 of his 87 PAT attempts, and hit 11 field goals, including a career long 42 yarder as a junior. He also led the ODAC in touchbacks for four straight years. T.C. earned ODAC all-academic team all four years as a Tiger. His high school career was played at Halifax High School, where he was named all-Western Valley District punter and kicker his junior and senior seasons

Max, a native of Germany, is a Hampden-Sydney College 2016, where he earned all-conference distinctions after his sophomore campaign, scoring a total of 71 points, including 11 in one game. He was a kickoff specialist for the Tigers during his freshman campaign. Max attended Central High School and Kenston Forrest School, earning all-state honors at both schools after his junior and senior seasons, respectively.  He now lives in Northern Virginia.

A rising junior at Old Dominion University, Jacob is a long snapper and holder for the Monarchs. He was been with AKI since he was a star athlete at Kettle Run High School, where he was named the athlete of the year. For several years, Jacob has been the lead snapping coach for AKI, where he promotes technical perfection and mental preparation beyond the snap. He lives in Warrenton, VA.

Heath just completed his redshirt sophomore season for W&M, and the senior AKI veteran is expected to seriously complete for the Tribe’s starting kicker role. At Indian River High, Heath earned Virginia High School Coaches Association All-State kicker and punter as a senior, finished his career fourth in South Hampton Roads history in field goals made, earned first-team all-region and all-district honors as a kicker and a punter as a senior after converting 10-of-12 field goal attempts, posting 20 touchbacks (on 24 kickoffs), kicking a school-record 48-yard field goal and recording a 42-yard punting average. He also was selected first-team All-Tidewater by the Virginian Pilot in 2011, tabbed first-team All-757 as a kicker in 2011, and was the IRHS Team MVP as a senior. He garnered all-district honors as a kicker in 2010 and was a first-team All-757 selection and lettered three times in soccer and was a two-time all-district selection as a midfielder. He served as SCA President during his senior year, yearbook Editor-in-Chief, was a member of the National Honor Society and Model UN.

Tracy just completed his senior season for the Yellow Jackets where he handled the punting duties, which earned him All-America recognition. Tracy was second in the Old Dominion Athletic Conference (ODAC) in punting at 40.3 yards per kick. He had 11 punts inside the 20 and just one touchback. Four of his 27 punts traveled 50 or more yards and opponents had seven fair catches. Randolph-Macon was second in the nation in net punting at 37.90 and first in punt return defense at 1.38 yards per return. Tracy was also 2-2 passing on fake punts for 25 yards and ran twice for 26 yards. Tracy was First Team All-South Region by D3football.com and Second Team All-ODAC. Tracy is a native of Charlotte, NC, where he played football at Audrey Kell.

In his redshirt freshman season at Marshall University, Trent appeared in three games (Western Carolina, Houston, and East Carolina) and kicked the ball off 20 times averaging 53.6 yards per kickoff, recording two touchbacks. Trent transferred to UVa-Wise, stepping into the starting role as the Cavaliers’ starting kicker and punter, battling fellow AKI veteran Dylan McCormick. Before graduating in 2017, Trent lead the Cavaliers in punting and kicking, including hitting a game-winner his senior season.  While playing at Kellam High School, Trent garnered numerous awards and recognitions, including all-conference and all-region.  He is now a special teams coach at Kellam and lives in Virginia Beach, VA.

A two-time all-district punter and Woodside High School, Chase also earned all-district honors as a kicker and was named to the Daily Press all-star team. Among the very first AKI veterans, Chase brings his extensive knowledge of the punting and kicking game to the experienced staff of AKI.

A 2017 graduate Hampden-Sydney College, Jordan was a four-year starting punter for the Tigers and assumed the kicking duties his senior season.  He gained all-ODAC honors as a punter and has a career punt average of over 40 yards.  Jordan was a star punter and kicker for the Saints of St. Christopher’s School in Richmond.  He lives in Richmond, VA.

AJ is a multi-year AKI veteran since he became a three-year starter at Tallwood High School, earning all-district honors twice. He earned the starting kicking role at Shenandoa University his freshman year. He specializes in kicking techniques and strategies for consistency.  AJ graduated in 2016 from Old Dominion University and now lives in Virginia Beach, VA.

Graduating from Hampden-Sydney College in 2009 with an economics degree, Grant played two season with the Tigers as a punter and kicker, starting games in 2006 and 2007. He was an all-district player at Salem High School. Grant is one of AKI’s most senior coaches, sharing his kicking and punting experience with AKI players for over eight years. He currently lives in Salem. VA, where he privately coaches several kickers and punters.

A rising junior at Hampden-Sydney College, Steven is an AKI veteran since his days playing at Lee-Davis High School. A stellar example of academic excellence, Steven shares his thorough knowledge of techniques for punting and kicking with AKI players. He lives in Richmond, VA, and is planning a career in the US armed forces. 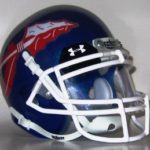 A rising junior at Radford University, Will joined the AKI staff in 2017 after a strong athletics career at Kempsville High where he was a two-year starter for football and was an award-winning swimmer. He brings a “left-footed” perspective for all of those AKI plyers who don’t swing from the right side. He lives in Virginia Beach, VA.

A rising senior at the University of Richmond, DJ has been the starting punter for the Spiders since his first day on campus. His junior season had a net punt average of almost 35 yards, limiting opponents’ returns with his hang time and placements. DJ went to Fauquier High where he earned first-team all-state honors. He has the rare talent of punting and kicking with opposite feet, and excels in both skills. He lives in Warrenton, VA.